Box trucks are everywhere – whether a Uhaul, another moving truck, a delivery truck, or something else, you almost can’t go anywhere without seeing 5 or 6 of them on any given day. Box truck wrapping is a little-known way of unlimited advertising for your business. 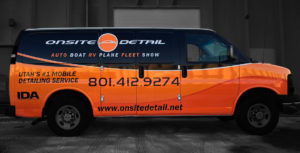 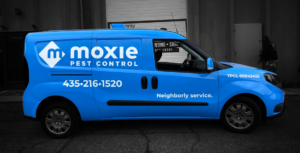 We believe that if you have a fleet of trucks for your business, every one of them should show off your services. These trucks have four full sides of advertising space that even those who aren’t your current customers will come to recognize in time. Advertising with a box truck wrap is also very affordable. Just think – while advertising digitally, whether on social media or via Google Ads, you only have to pay for your ad once – and then it’s installed onto your truck with a durable material that will last you a long time. You don’t have to pay for each contact with potential customers. 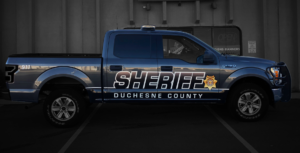 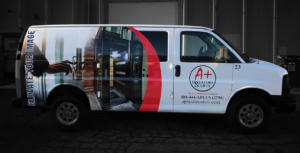 As you can see above, there are many ways to present your brand via graphics on your truck. Your advertisements may include a fun catchphrase, eye-catching photos, your company’s phone number, and a logo. This will increase your brand’s awareness, and if you have a large fleet, people around town will start to notice that you have a significant presence in the area.

These contacts with potential customers fill an essential part of what is referred to as the marketing funnel. The marketing funnel starts with awareness and eventually leads to a sale or a conversion. This can drive traffic to your website, social media channel, phone line, and more, and ideally, will end up with the people seeing your advertisements as one of your valued customers.

Let’s take a closer look at the different kinds of box truck wraps to see which method might be best for you and your business.

This method is straightforward – it takes advantage of every space on your truck. This way, there is no wasted space found on the truck. By going with this method, no matter what angle a potential customer sees your truck from, you can rest assured that they can see where that truck is coming from thanks to the wrap surrounding the truck’s exterior.

Now, multiply this valuable interaction by how many trucks you have in your fleet. You could have thousands of interactions every day or every hour, depending on how busy the area your truck is located in. This is by far the most lucrative way of custom box truck wraps. Eventually, the cost it took to have the wraps installed on your fleet will pay for itself through the profit you receive from your new customers. Who doesn’t love an advertising campaign that pays for itself? 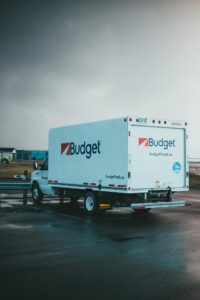 Say you have a more limited budget than what would pay for a Full Box Truck Wrap, but you still want to take advantage of the interactions that a box truck wrap can generate for your business. Not to mention the potential profit it can generate while paying for itself over time after your initial investment to have your fleet outfitted. Many of our customers decide to go this route – either elect to wrap just the back of the truck or both sides. There are benefits to both.

On the one hand, if you choose to wrap just the back of the truck, those who are sitting in traffic behind one of your trucks will have almost nothing to look at besides your ad that’s staring them in the face as they sit in rush hour traffic.

This will generate a lot of brand awareness and could eventually lead to potential customers as you cover more and more of your geographic area with your advertisements on your fleet. On the other hand, wrapping both sides of the truck also has its benefits. Pedestrians and others who may witness your truck passing them from the side will see your advertisement, eventually having the same effect as listed above for the back-only method. It’s up to you – but both will generate traffic and awareness for your business.

This method accomplishes the same goals as a Full or Partial Box Truck wrap, with a fraction of the cost. These sorts of advertisements don’t cover the entire side of a truck, which is what gives them the “spot” name. These advertisements are generally more affordable and can be located on different parts around the box truck, such as your truck’s doors or even the truck’s hood. It makes for a unique look on your box truck that will stand out among all the blank trucks that fill our metroplexes.

A good box truck wrap starts with a stellar design. Envision what makes your brand tick – the visualization of essential keywords that also tell a story. Once you have that together, we can work together to make your fleet one of a kind.

The process is simple – we wash the exterior to avoid any unwanted bubbling on the design that could harm the life of the material used. Then, once dry, our team of professionals meticulously applies the wrap to each vehicle in sections while avoiding any bubbling, improper installation, and more. Once complete, your truck or trucks will be ready to hit the streets and do business while generating awareness for your brand and bringing in future customers.

Don’t hesitate to contact us with questions about box truck wraps or what kind may be best for your business. Get your business advertised today!